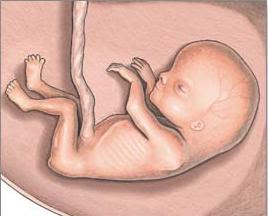 Here is an oft-heard argument in favour of abortion (I call it the body-part-control argument):

· Premise 1: Every woman has the right to control her own body.
· Premise 2: The fetus is a part of the pregnant woman’s body.
· Conclusion: Women have the right to abortion.

The argument sounds good, but is it sound?

First, assume (for the sake of argument) that the second premise is true. That is, assume that the fetus is a part of the pregnant woman’s body.

Sure, every woman has the right to control her own body. But aren’t there two bodies involved in an abortion?

In other words, the crucially important moral status of the prenatal child needs to be addressed, but isn’t. Thus, the body-part-control argument fails to justify abortion.


Acknowledgement/ thanks: The main argument in my above column comes from philosopher Peter Kreeft's book The Unaborted Socrates: A Dramatic Debate on the Issues Surrounding Abortion (InterVarsity Press, 1983), a book I recommend highly.