Profound thoughts (from others) 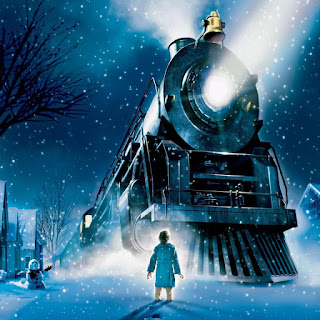 
Profound thoughts (from others)


I often find deep satisfaction and even joy when I read a quip or blurb that shows profound thought in spite of the quip's brevity. Here are some short passages that have impressed me recently. Read and enjoy—and be challenged.


Professor George, again, on the role of academics (and teachers):


Here are some thoughts (paraphrased by me) from Everett Piper, President of Oklahoma Wesleyan University and author of the book Not a Day Care: The Devastating Consequences of Abandoning Truth:


Movie Polar Express: The one thing about trains: it doesn't matter where you're going. Movie Schindler’s List: This train is going to Auschwitz.


In other words, just as trains have destinations, so do ideas. Destinations—not just journeys—are important; ideas have consequences; truth matters.


“The truth will always prevail in the end, but that does not prevent damage from being done in the meantime. When society is not in accord with truth, a dark void is created, covering the light of truth and extending a welcoming invitation to the evil that dwells in darkness.”


“So, we are at war. We battle otherworldly forces in the unseen realm with weapons that are effective to oppose the spiritual strategies and demonic plans in play against us. Our job is to resist those schemes by exposing them, doing everything we can to stand firm by opposing lies with truth.”


“Aslan is not safe, but he is good. Maybe we should paraphrase that the great lion of the ivory tower (liberal arts education) isn't supposed to be safe, but it is supposed to be good. I'd rather have a good education rather than education that's artificially safe.”


And here is Piper warning parents about sending their kids to educational institutions whose professors and teachers have turned away from knowledge of truth:


What follows below is all from Professor Robert George:


“Being human, we crave approval and we like to fit in. Moreover, we human beings are naturally influenced by the ways of thinking favored by those who are regarded in a culture as the sophisticated and important people.”


“When push comes to shove, it's really hard to be true to Christian faith; the social and personal costs are too high. We Christians praise the martyrs and honor their memories, but we are loath to lose so much as an opportunity for career advancement, or the good opinion of a friend, much less our lives. So we tend to fall in line, or at least fall silent.”


“We deceive ourselves with rationalizations for what amounts to either conformism or cowardice. We place the emphasis on whatever happens in the cultural circumstances to be the acceptable parts of Christian teaching, and soft-pedal or even abandon the parts that the enforcers of cultural norms deem to be unacceptable.”


“Jesus says, 'if you want to be my disciple, you must take up your cross and follow me.' We say, 'um, well, we'll get around to that at some point.' May God have mercy on us.”