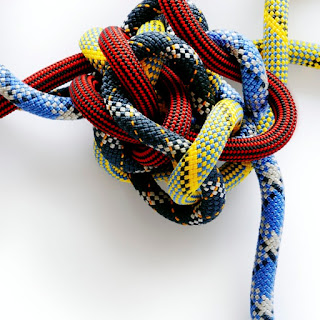 Popular arguments in defence of LGBTQ matters often consist of knots of illogic that should be untangled. Consider the following.

1. Critics of LGBTQ matters are homophobic, biphobic, transphobic, etc., so their arguments should be dismissed.

Reply: This is an ad hominem fallacy, i.e., the mistake of dismissing arguments on the basis of some (alleged) characteristic of the arguer. The merits or demerits of the critics' arguments should be addressed, not the characteristics of those setting out the arguments. The messenger isn't the message.

2. Being gay is like race, so questioning homosexuality is unjust—as racism is unjust.

Reply: This commits the fallacy of faulty analogy, i.e., the mistake of basing an inference on a comparison when there are relevant dissimilarities.

First, unlike race, "being gay" is not 100% biologically determined. Though sexual desires are not chosen, various factors are involved: some biological, some psychological, some social. Even though one can have same-sex etc. attractions (for various causal reasons), one needn't construct or centre one's identity on those attractions. We are more than sexual impulses—much more.

Second, unlike race, people can change or at least not act in accordance with their sexual impulses. See LivingOut.org, Restored Hope Network, Sy Rogers, etc.

For further substantiation, see the 2017 book The Health Hazards of Homosexuality: What the Medical and Psychological Research Reveals.

[See, too, my column Is being gay like race?]

3. LGBTQ people are born that way, so that justifies LGBTQ sexual behaviour.

Reply: Aside from the small percentage of intersex people, the premise is false (see above: it's not 100% biologically determined).

4. If you disagree with persons who identify as LGBTQ, then you are a hater. Either you affirm LGBTQ or you show disrespect.

This is a mistake in reasoning which occurs when we assume that there are only two options, when there are actually three (or more), yet we go on to assume that one of the two options must be the way to go.

Missing third option: be genuinely hospitable and respectful to those who identify as LGBTQ (etc.) AND hold to the wisdom of reserving sex between one man and one woman in permanent monogamous marriage.

5. Reserving sex between one man and one woman in permanent monogamous marriage is silly.

Reply: This is false.

According to researcher RyanT. Anderson, reliable studies from social sciences strongly suggest parenting by married biological parents—i.e., biological mother and biological father—is ideal for well-being of children. Redefinition of marriage (along with divorce and single parenting) takes society another step away from this ideal.

(Hendrik van der Breggen, PhD, is associate professor of philosophy at Providence University College. The views expressed in this column are not necessarily the views of Providence.)

Other Apologia columns on related matters, for additional reading:


Replies to my critics


Note to critics: Please read at least a few of my (relevant) suggested readings before commenting. Thanks.
Posted by Hendrik van der Breggen
Email ThisBlogThis!Share to TwitterShare to FacebookShare to Pinterest
Labels: LGBTQ, LGBTQ Ideology, Logic, Love and logic