The good of disagreement 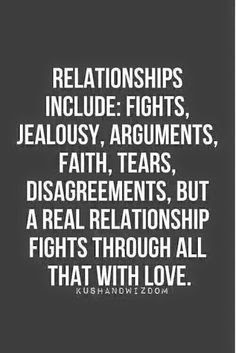 The good of disagreement

Disagreement can be tough, but also good. Disagreement, when done well, can develop intellectual virtues.

In general, a virtue is an excellence of character, where character is a disposition (tendency/ habit of mind) to act in accordance with what's true and good.

The Apostle Paul famously set out the theological virtues: faith, hope, and love (the greatest being love). Prior to Paul, Plato presented these virtues of the soul: wisdom, courage, temperance, and justice. Augustine later "baptized" Plato's virtues, adding them to (and explaining in accordance with) Paul's list. Other well-known virtues include kindness, patience, gentleness, and self-control.

Properly understood, virtues are centered in God's holiness and love.

What about intellectual virtues? Enter: Princeton University philosopher Robert P. George. Much of what follows is gleaned from Professor George's contribution to "The Cost of Freedom: How Disagreement Makes Us Civil," a conversation between George, Cornell West, and Rick Warren.

As a preface to understanding intellectual virtues, George prioritizes truth and emphasizes, following John Henry Newman (1801-1890), that truth should be pursued for its own sake. Knowledge of truth, though it has instrumental value, is an intrinsic good (i.e., it's good, period).

Then, following John Stuart Mill (1806-1873), George points out that freedom of thought and freedom of expression are essential conditions of truth-seeking. (We could be mistaken, so such freedom allows us to learn from others.)

George also points out that the enterprise of truth-seeking (especially in the academic realm) trades in "a currency consisting of reasons and arguments."

Significantly, then, to excel at truth-seeking we should cultivate personal character traits conducive to achieving knowledge of truth. These are the intellectual virtues.

Here are three such virtues.

1. Commitment. In our discussions and debates, we should commit ourselves to discerning truth. Truth is (as mentioned) an intrinsic good. But sometimes it takes work to discover. And sometimes it's unpopular. Commitment is a love of truth, which calls for tenacity and courage.

Also helpful is proficiency in logic and critical thinking.

2. Friendship. In our efforts at discerning truth with our interlocutors, we develop what George calls the "bond of truth-seeking." Humans are relational (not merely intellectual) beings, so disagreement—good disagreement—provides opportunity to develop personal relationships rooted in disagreement yet stronger than the disagreement.

How so? By striving in a common project to arrive at truth together. By listening to each other and learning from each other, even in the midst of stress. This enriches us and ennobles us.

The bond of truth-seeking takes truth to be more important than agreement. Thereby this bond provides a ground for ongoing friendship in spite of disagreement.

3. Humility. We are fallible creatures. Our reason is imperfect, and our sin/ self-centeredness darkens the intellect and weakens the will. We should remember this.

But humility, according to George, doesn't mean we should give up on reason and knowledge of truth. Nor should we conform to cultural orthodoxy. Rather, we should acknowledge our limitations and enter into respectful dialogue plus careful, fair-minded, truth-seeking study.

We should listen to others and learn from others, so those others, if not mistaken, will correct us—i.e., teach us. Humble truth-seekers will welcome this.

On the other hand, if we are right—which we sometimes are—we shouldn't feel superior. Nor should we shut down our conversations with those who disagree. Rather, we (again) listen. Thereby, says George, our interlocutor teaches us "why reasonable people of good will can disagree."

As a bonus, if we still have the better reasons after running the gauntlet of criticism, we "now have deeper understanding of truth because we have knowledge that arguments against it fail."

Knowledge of truth can be held humbly, in other words. And further argument and its accompanying friendship, the bond of truth-seeking, can help us draw nearer to truth and help us flourish socially.

We live in a world in which many people disagree over much. Let's encourage the development of virtue—intellectual virtue included.


(Hendrik van der Breggen, PhD, teaches philosophy at Providence University College. The views in this column do not always reflect the views of Providence.)