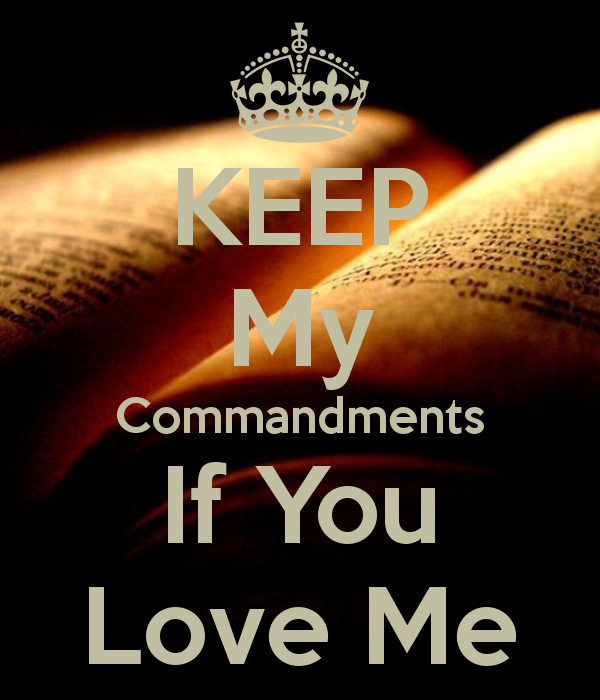 Scripture as well as popular culture also tell us that love is a verb: love involves action. It's behaviour that counts.

I've even heard it said that beliefs don't make one a better or loving person, it's the doing that matters in life. In fact, at a wake not long ago, I heard a song telling me that my beliefs don't matter because, well, one day I'll be dead.

But wait. Are we being misled by platitudes?

Pause with me, and think.

Interestingly, it turns out that Jesus set aside the ceremonial and ritual law but not the moral law. In fact, He intensified the moral law.

(For those who doubt that Jesus didn't abolish the moral law: Keep in mind that Jesus forgave the woman caught in adultery, but, according to the record, He also told her to stop sinning.)

For Jesus, then, love retains a moral dimension.

Consider this: "I love you," said the married businessman to his good-looking female secretary, as the businessman abandons his young children along with his wife who is dying of cancer.

"I love you," said the pedophile to the child.

"I love you," said the sadist to his torture victims.

What about the claim that it’s-not-what-you-believe-but-what-you-do-that-makes-you-a-better/loving-person? Frankly, this is silly.

If you're still not convinced, consider this: Serial killer Ted Bundy (rapist and murderer of more than 20 women) believed what matters in life is to be daring and willing to rape and murder. Or think about the beliefs of ISIS.

Ideas have consequences, in other words. What is believed matters.

Contemporary philosopher David Horner astutely observes (in his book Mind Your Faith): "what we believe will determine how we behave, and ultimately who we become."

This means that if we seek to love truly, we should make every effort to discern—and believe—what is right and good and excellent and praiseworthy.

Of course, beliefs not acted upon don't amount to much. To paraphrase the Apostle James: belief without behaviour is dead. But we should also add the whole counsel of Scripture (and reason): behaviour without belief is blind.

Jesus, whom Christians believe is God come to Earth as a human being, taught that love is of utmost importance. He also taught us what real love means: to follow Him.

Significantly, the reality of the life, death, and resurrection of Jesus coupled with the moral law we intuit give us good reasons to take Jesus seriously.

Be doers of the truth. Keep in mind, too, that falsehoods and lies exist. So seek knowledge of the alleged truth that you purport (and are willing) to do. Ask: Is it true?