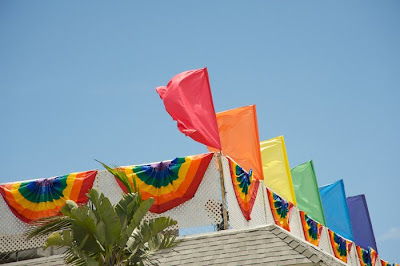 Born Gay?
(Homosexuality: Part 3 of 3)
There are a number of popular confusions surrounding the issues of homosexual sex and same-sex marriage. Previously, I discussed homophobia, bigotry, and intolerance, plus I discussed the claim that health problems associated with homosexual sex are (allegedly) due to oppressive attitudes of the larger society. Today I will set out yet another popular confusion and I will offer two clarifications.

(Please note: I will do my best to be respectful to all persons, whether those persons approve of same-sex sexual relations or not.)

Popular confusion: Science shows that homosexuals are born that way and so cannot change.

Clarification 1. The claim that science shows that homosexuals are wholly determined to be gay or lesbian by biological or genetic factors is false.

According to Dr. Tom Benton, president of the American College of Pediatricians, “there is no scientific evidence that an individual is born ‘gay’ or ‘transgender.’ Instead, the best available research points to multiple factors—primarily social and familial—that predispose children and adolescents to homosexual attraction and/or gender confusion.”

Dr. Jeffrey Satinover, a psychiatrist educated at MIT and Harvard University, concurs. According to Satinover, most of the studies which purport to show that homosexual orientation is genetically or biologically based have been seriously flawed. Satinover adds: "a certain genetic constitution may make homosexuality more readily available as an option, but it is not a cause of homosexuality."

In other words, scientific evidence does not show that homosexual orientation is biologically determined; rather, scientific evidence shows that homosexual orientation is due to a cluster of influences—i.e., some biological influences (e.g., genes that may predispose, not causally determine) plus some social and psychological influences (e.g., problems in early family relationships, sexual abuse) plus individual choices (which tend to reinforce or undermine a predisposition).

Clarification 2. Significantly, because homosexuals are not born that way (see previous clarification), many persons who have unwanted homosexual attractions can change them.

According to Benton, “It is also critical to understand that these conditions [i.e., homosexual attractions and gender confusion] can respond well to therapy.”

Significantly, according to the 2009 landmark study What Research Shows (done by the U.S.-based National Association for Research and Therapy for Homosexuality), “over a century of experiential evidence, clinical reports, and research evidence demonstrate that it is possible for both men and women to change from homosexuality to heterosexuality [and] that efforts to change are not generally harmful.”

In other words, for those persons who have unwanted homosexual urges, there is real hope for change. (For further verification of this hope, check, for starters, the webpage of Exodus International; see especially the testimonies of individuals who claim to have overcome same-sex urges.)

It is not the case, therefore, that science shows people are born homosexual and so cannot change.

On the Bible and homosexuality, I recommend Robert A. J. Gagnon's book The Bible and Homosexual Practice: Texts and Hermeneutics. See too Gagnon's website.

A new book (to be published July 2010) that looks interesting is Joe Dallas and Nancy Heche's The Complete Christian Guide to Understanding Homosexuality.

I also have 20-something page document -- "The Bible and Homosexual Practice: Some revisionist interpretations and traditionalist replies" -- which I use as lecture notes (in my ethics course) and which I can email to anyone who requests it (send me your email address).

P.S. Another helpful readable book on the Bible and homosexuality is Joe Dallas's The Gay Gospel? How Pro-Gay Advocates Misread the Bible.

Brett Cane's link for his pamphlet "The Bible and Homosexuality" is now here.